VIA's long-awaited Nano-ITX boards have been spotted in the wild in Japan, by the good folks at Akiba PC Hotline.

The boards on display (and possibly even on sale in small numbers) are a fanless EPIA N8000E running at 800MHz, and an fan-cooled EPIA N10000E running at 1GHz. Pricing looks to be around $350. Each version comes with a heatsink, not shown in the main picture - presumably removable to allow flexibility in chassis design, and also to allow access to the SODIMM slot.

The layout of the board has changed since several previous versions we've seen. Most notably the Eden CPU and CN400 Northbridge have been combined into one Luke package, but comparing with our non-working demonstration board circa 2004, there are many more subtle differences in the board layout. The main thinking behind the board however is unchanged: Low power consumption board, 12 x 12cm Nano-ITX form factor. 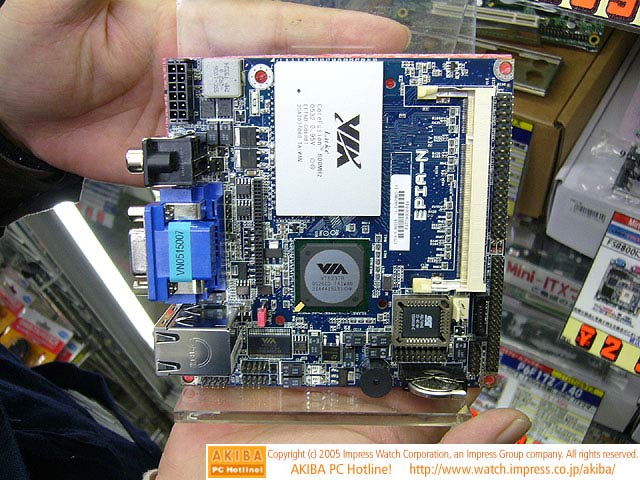 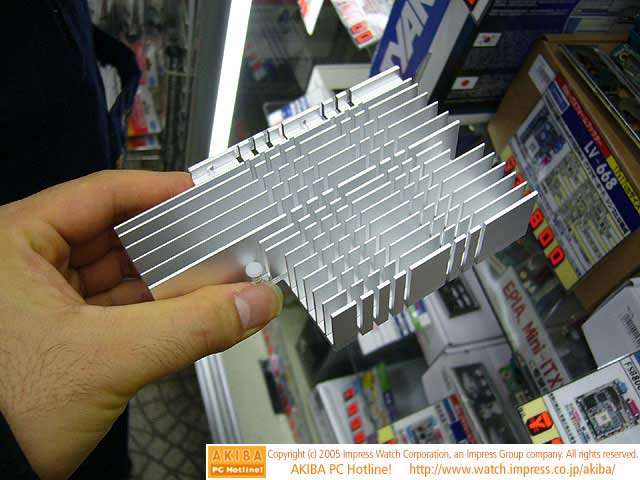 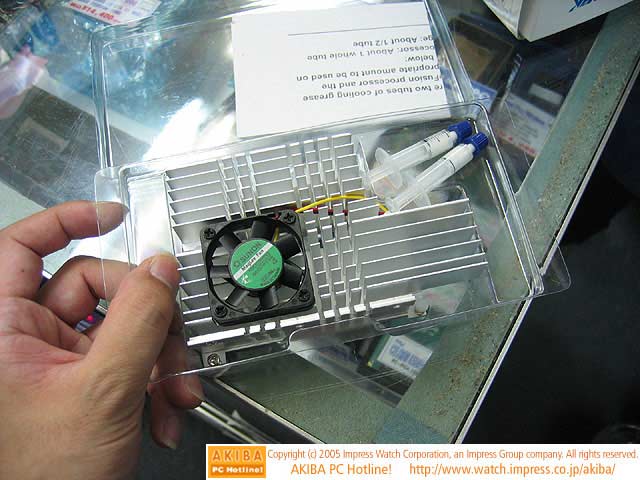 We can't help but think VIA have missed a trick here. Nano-ITX has had a long and public gestation period, and has obviously undergone at least one and possibly two redesigns along the way. In the meantime the Mac Mini has shown what can be fitted into a similar board size. We'd like to have seen DVI output instead of VGA, and another SATA connector squeezed in there.

Availability in the Western world looks to be currently scarce, but promising for early 2006. Early production boards often slip out onto the market before mass production ramps up. After a long wait, the Nano-ITX could finally be here. Almost.