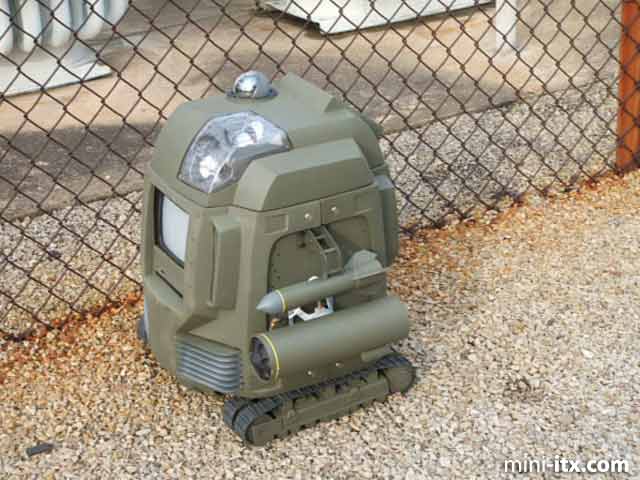 White Box Robotics sent us exclusive photos of their 912 "Apache" concept PC-Bot, and of their final pre-production metal chassis. The Apache ostensibly demonstrates heavy duty commercial applications for the 912, but could also be viewed as an over-the-top mod of the basic unit.

Users would then add the Mini-ITX motherboard of their choice, RAM, 2.5in HDD, CD-ROM, Operating System, and an assortment of hardware to personalize the 912, such as a second webcam for more effective vision based navigation and object or facial recognition, and of course the obligatory 3D holographic projector. 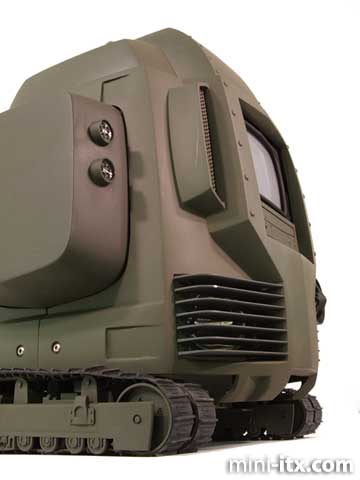 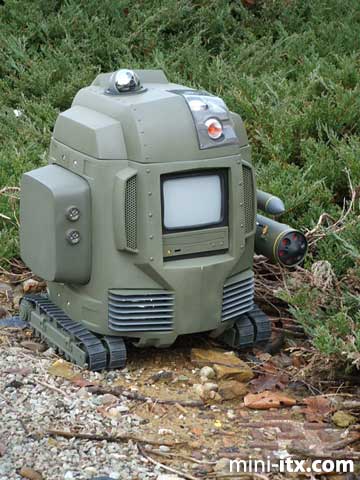 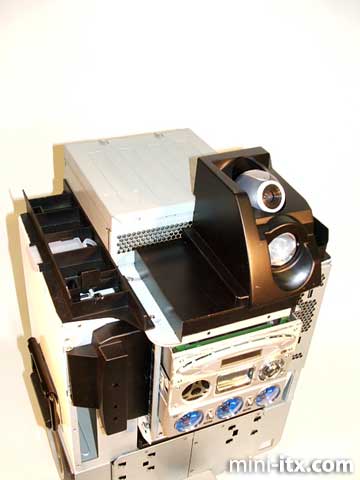 The 912 assembles just like a PC, with an ingenious cartridge-style mounting system for the motherboard and HDD in the back of the robot's "head" - making servicing a snap. And also a little bit freaky.

No exact release date has been set, but White Box are working hard for a Spring 2005 release.