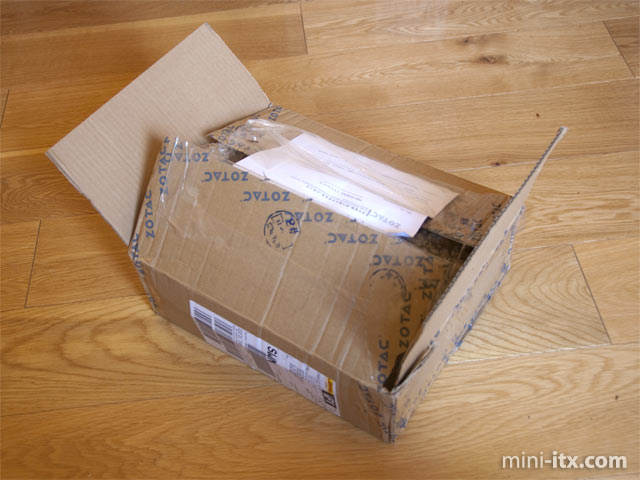 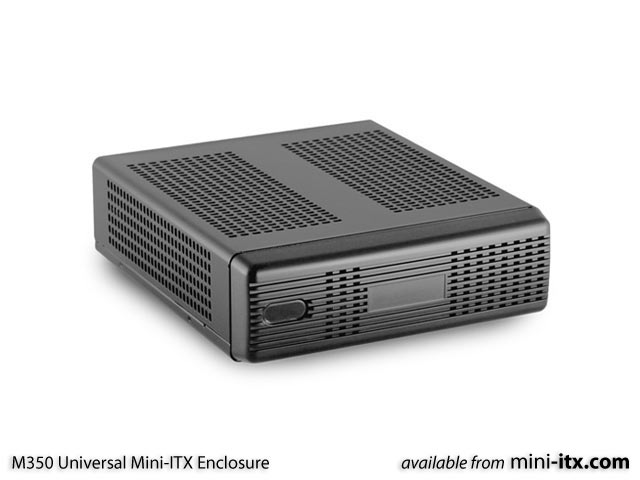 The M350 Universal Mini-ITX Enclosure is a great example of what happens when industrial design is done correctly. The case follows the inverted U shaped top, motherboard base plate and front panel design pattern used by many Mini-ITX cases to date, but with many subtleties to elevate it far above the norm. 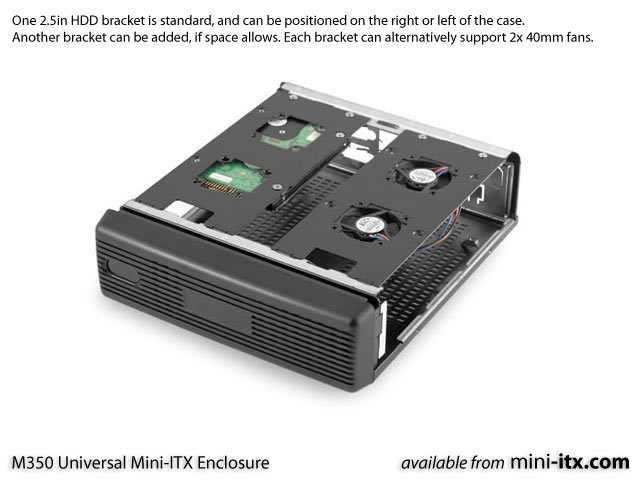 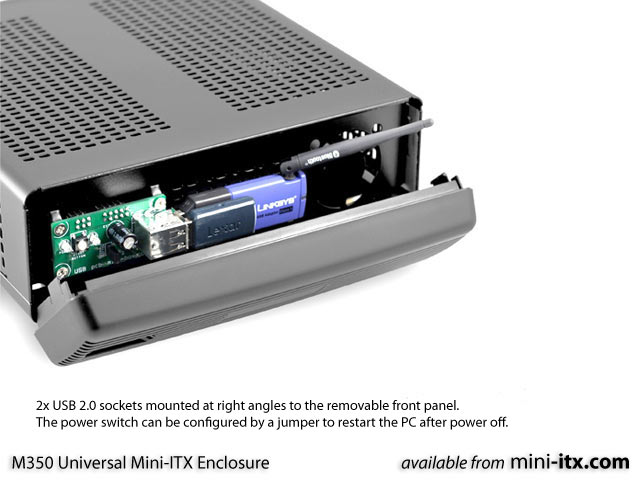 The 2.5in HDD/SSD tray can be fitted in one of two positions, meaning motherboards with larger heatsinks can be accommodated. When a standard profile motherboard is used another tray can be added to mount 2 drives. The HDD brackets double as fan mounting points for use in extreme or critical environments - though most ordinary users won't need these.

The strong plastic front panel has an illuminated power switch and space for a customisation sticker for ODMs. When removed, the front panel reveals two USB ports at right angles with enough space for a wireless antenna. A pulse generator linked to the power switch can be set to boot the machine automatically after power loss, even when the motherboard BIOS doesn't support the feature. 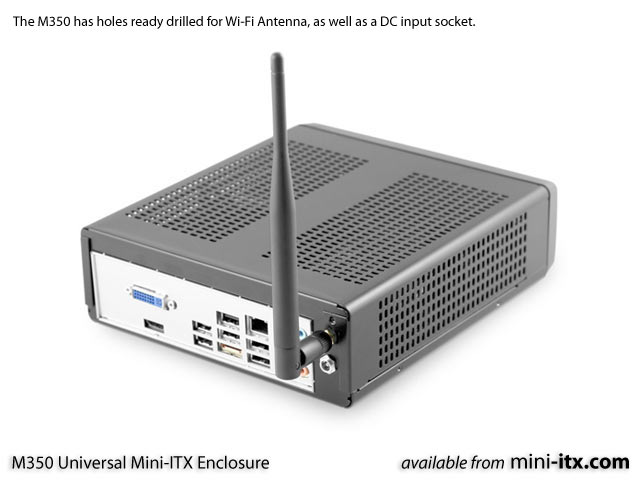 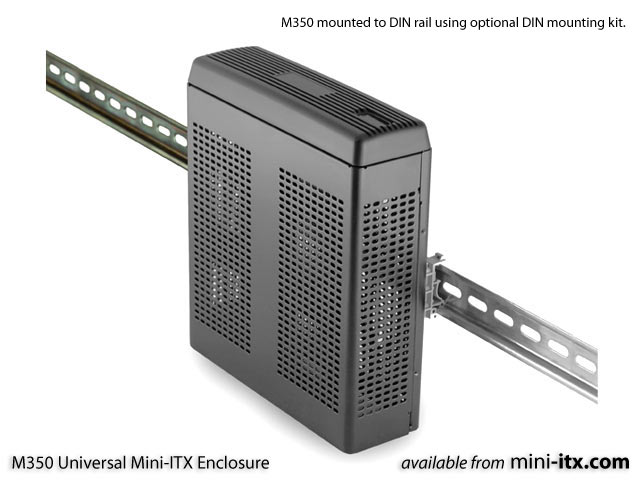 The M350 has no internal PSU so it can be used with the wide range of picoPSU plug-in DC converters and a voltage source (usually an AC Adapter). It can also be used with Mini-ITX boards with their own built in DC converters such as several of Zotac's ION motherboards.

A variety of inexpensive mounting options are available too - such as Wall mounting brackets, DIN rail mounts that work in multiple orientations, or VESA mounting screws to mount to the back of a monitor. 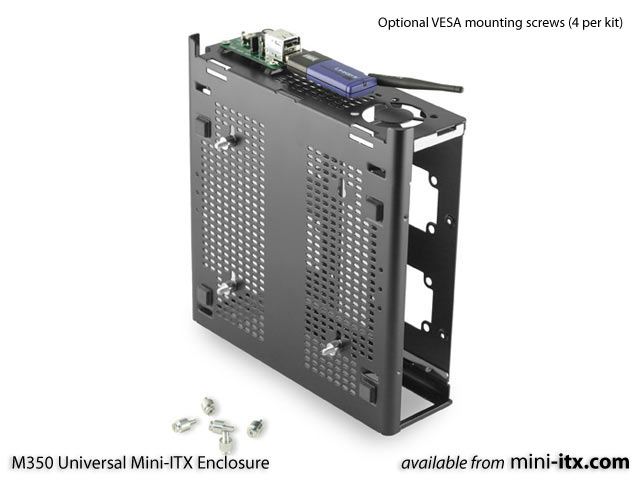 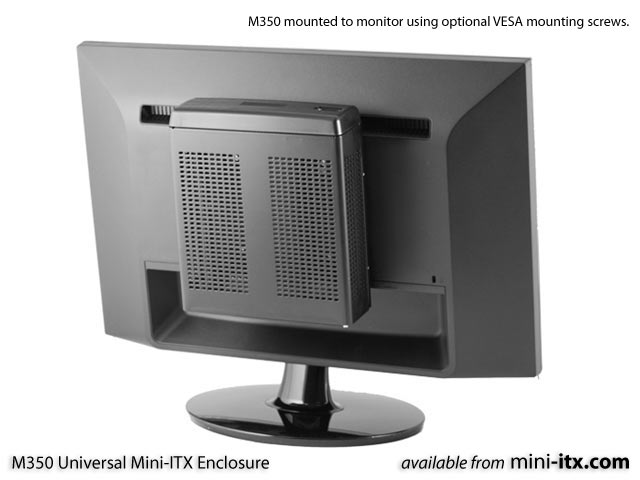 The steel case is convection cooled using a fine grid of holes meaning low power consumption fanless motherboards can be fitted without any noisy fans, but don't let that stop you running a Mini-ITX with 65W desktop Quad Core processor with an appropriate power supply and a low profile heatsink.

The M350 measures just 2.5 litres in volume making it one of the smallest Mini-ITX cases out there and still manages to support almost every Mini-ITX motherboard you can throw at it. This is an extremely well thought out case from mini-box.com.